The West End Modern Quilt Guild's Block of the Month is humming along so I wanted to share my blocks so far! 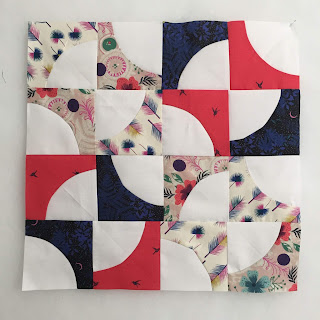 This one was the February block and I HATED making it. The curves were awful to do and this was my take on the apple core block which was the challenge and which is not my thing. I don't know if I even like the end result but I don't hate it either so...yay? 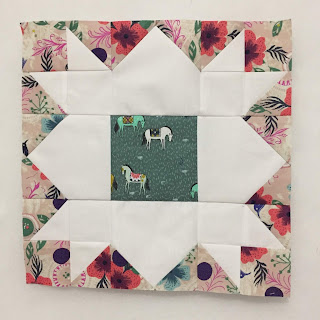 This was the March block, a smaller block, and I had fun fussy cutting the centre. I like it but it is a little traditional for my usual aesthetic. If you don't remember, I am trying to do all my BOM blocks with inverse print/background. 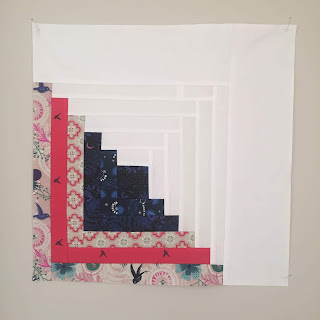 This is my April block and it is a take on a log cabin. I pushed it to be more modern and that big outer border on two sides I think looks pretty cool so I am happy. I do wish I had used a different print as my centre block but I was sort of making it up as I went so oh well.

Can't wait to see what my guild members come up with for the May block!
Posted by Lynn F at 06:00