One of my oldest (length of time, not age) and dearest friends is having a birthday on November 13. When I began sewing about two years ago she wistfully mentioned having always wanted a quilt. Her stepmother quilts but they are not close and she has not had a quilt made for her in at least 15 years. At the time, her wistful request was a distant wish. I thought it would be years and years before I would ever be able to attempt quilting, never mind make one for her.

Fast forward to January 2012 when, after just over a year of sewing, I decided to tackle a quilt. I didn't take any classes, rather I learned via the internet. This is also, not coincidently, when I got addicted to modern quilt blogs. I knew the first quilt I would make would be for my friend. Her favourite colour is turquoise, and the hunt for fabrics began.

It is now November, and her birthday celebration is in two weeks, and I will gift her this queen-sized quilt. I have named it First Snow. It is my first quilt, the first quilt I pieced, the first quilt I sent out to be quilted, and it uses a simple snowball pattern.

I took advantage of a friend's husband who is off work for a week before starting a new job and got him to hold up the quilt for me. He was such a good sport, and it avoids using my own husband too much because he can get awfully grumpy during quilt photo sessions. :) 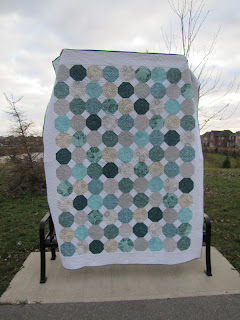 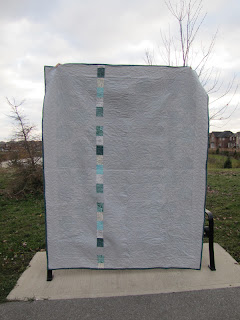 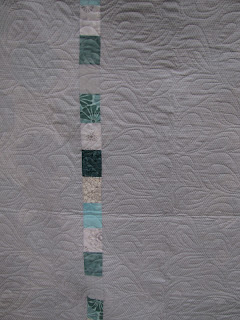 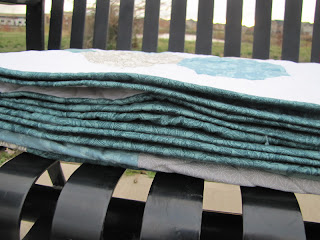 I hope she loves it. I hope it matches her expectations from that time two years ago when she mentioned  wanting a quilt. I hope she treasures it forever.