Too Busy for Blogging?

After an insanely busy week at work, with an even more insane week this coming week I have been using my spare time to actually quilt rather than blog about quilting. I guess if one has to go, I better get the actual work done!

I wanted to give an update on what I have been working on, but first I wanted to say that First Snow was given to my dear friend at her birthday celebration Saturday night and she absolutely loves it. It was the first quilt I ever pieced and I am so glad it is in a home where it will be cherished.

I discovered that a pregnant friend, whom I thought was due in February, is actually due in January. Oh, and her baby shower is mid-December. Ack! I need to get that baby quilt done pronto! 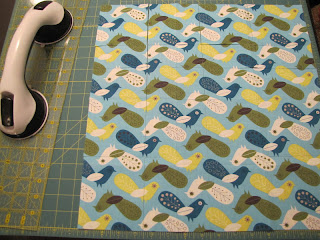 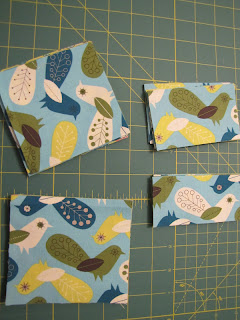 I have since repositioned some of the stripes, but the above gives you a taste of the quilt. I am backing it is lime green and white flannelette. They don't know the sex of the baby, so this was my take on gender neutral!

Email ThisBlogThis!Share to TwitterShare to FacebookShare to Pinterest
Labels: quilt